BACK TO ALL POSTS

Changing the plane for a comfy car seat, Red Cow went on a short road trip through the Northern part of the Emerald Isle. The super location of the Red Cow Moran Hotel make a great starting point from which to explore Northern Ireland & Donegal - just turn onto M5 and then follow M1 straight into Belfast.

From Belfast to Derry~Londonderry in 1 Day

There is so much to see in Northern Ireland, from legendary natural attractions, such as the mystical Giant's Causeway, to City visitor experiences, like the World famous Belfast Titanic. 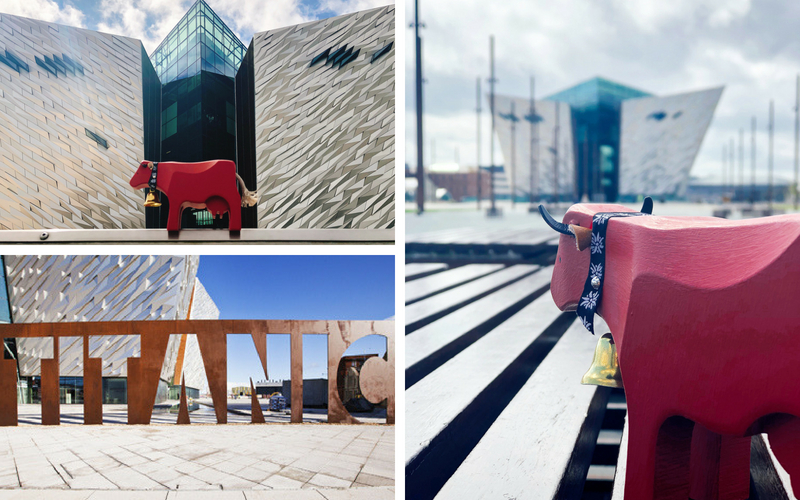 Starting our road trip with a City destination, a must-see while visiting Belfast is the Titanic visitor centre, one of the World’s leading tourist attractions. Where better to learn about this icon ship, then at the place where it was built and from where it sailed on its maiden voyage?

The Titanic Belfast, located in the Titanic Quarter on the site of the former Harland and Wolff shipyard, tells the story of the ill-fated Titanic which was bound for the US but which collided with an iceberg in the early hours of the 15th of April 1912 and sank along with an estimated 2224 passengers making it one of the worst maritime disasters in history.

A must-visit for your trip to Northern Ireland.

Stretching from Belfast to Derry (Londonderry), this was hands down my favourite part of our tour to Northern Ireland. Scenic sandy beaches, green clifftops, stunning views wherever you look. 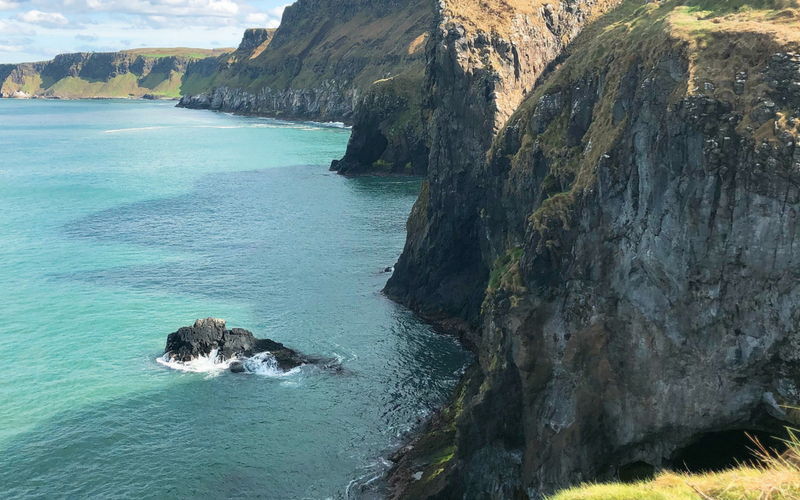 Taking a short detour from the coastal route to see one of the most photographed sights in Northern Ireland. The ‘Dark Hedges’ is a beautiful avenue of beech trees along Bregagh Road between Armoy and Stranocum in Co Antrim which became even more popular since it was featured in the famous TV series Game of thrones. It is a gorgeous spot and worth a stop-off.

This 60-million-year-old landmark which consists of approximately 40,000 interlocking basalt columns is a wonder of nature created by an ancient volcanic eruption. According to Irish folklore, the columns are allegedly the remains of a causeway built by a giant! One story has it that the Irish giant Fionn mac Cumhaill (Finn McCool), while protecting the Emerald Isle picked a fight with a Scottish Giant called Benandonner. To get across from Antrim to Scotland a path (the causeway) was created and these are the remains that have become this UNESCO World Heritage site. Another story tells how during an altercation with Benadonner, Fionn grabbed chunks out of the Antrim Coast to throw at him thus creating the jagged coastline that is now called the Giants Causeway.

Which story do you believe?

Derry (Londonderry)is the 2nd largest City in Northern Ireland, located just off the border with Donegal it is unique in so many ways. Derry provides the point where the Wild Atlantic Way meets the Causeway Coastal and is the only completely walled City in Ireland. Named UK City of Culture 2013, Derry (Londonderry) is offers a mix of culture, art and history. Take a walk on the 17th-century walls, admire River Foyle from the Peace Bridge, have a picnic with a view of Guildhall, learn the story of the Armada in the Tower Museum or explore the local craft village, this iconic city has something for everyone.

Not a member of Red Cow Rewards?
Find out more and sign up.

We're having some technical issues with our online booking service at the moment.

We apologise for the inconvenience, we will have our online booking available again as soon as possible.